Good morning! Today in Tempest News: An interview with Sella Nevo of Google’s Crisis Response Team, exciting strides in wildfire research, an update on the EPIC forecasting initiative, and the economic toll of changing weather. Like what we’re doing? Share with a friend and they can sign up here to get Tempest newsletter each month.

The Air We Breathe

“Summers come with an increase in “stagnation events”—stationary domes of hot air that can cause air pollutants to get trapped and persist in the lower atmosphere. As summers heat up, the air we breathe is increasingly at risk of becoming unhealthy, despite decades of air quality improvements.”

The United States experiences more extreme weather than many other countries, yet it is hardly the world leader in weather forecasting. Learn more about the congressional plan to change that, with an initiative known as the Earth Prediction Innovation Center. 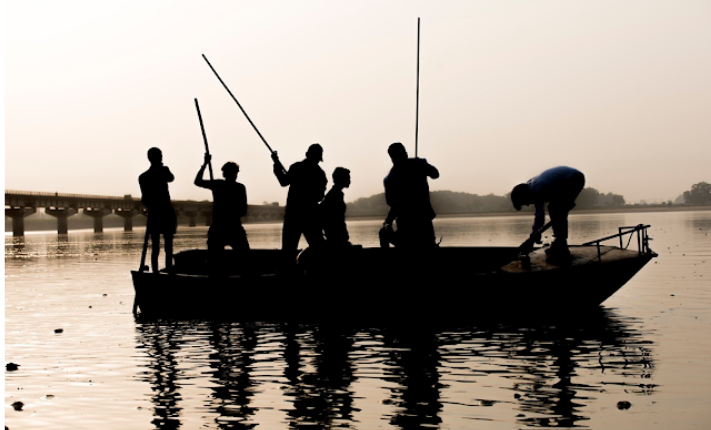 Software engineer Sella Nevo leads Google’s Flood Forecast Team, where they use machine learning to predict floods far enough in advance to deliver early warnings. Nevo spoke to Tempest from his base in Tel Aviv.

Tell us about Google’s Crisis Response Team and why it exists.

Sella: Our aim is to provide the most relevant, credible, actionable information during a crisis, because that’s when people need real-time information.

Not many companies have the privilege of being able to fund this kind of research and global cooperation. We hope to move forward the technology, but it’s equally critical that we provide the solutions for free to any government in the world that needs them, regardless of their financial status.

Sella: Google’s Crisis Response team estimated the life saving potential of national disasters. We looked at 60 intervention types and decided flood forecasting in developing countries was the most promising place to create life saving impact. One of the most important variables during a crisis is reliable information. And with floods, it turns out that response time is the most crucial element—early warning systems can reduce flood fatalities by a third.

It’s countries that can’t afford modern early warning systems that experience the vast majority of flooding. India, Bangladesh, and China have thousands of floods in a single year.

Can you tell us more about what you’re doing and how it’s going?

Sella: In our current operations in India, we collaborate with the government and rely on their measurements and forecasts of how much water is in their rivers. They have people going to the rivers hourly and measuring with a large stick. The stick has notches that say what height the water is and where it reaches. The government does this on a massive scale across India and then, we aggregate that info to get measurements in real time.

How do you deliver the warnings?

Sella: Once we know the safe and dangerous areas, we communicate about it in 3 main waves: We identify the affected areas on Google maps and send people android notifications within minutes. Anyone on Google can see it on search and maps and phones. But the goal is to not only get this information to Google users. We provide the alerts to local NGO’s, pilots and the local authorities on the ground ready to inform individuals to evacuate. We make alerts publicly available to the government and anyone can use that data any way they see fit.

Sella: There are a lot of directions this could go and several that I think are extremely promising. First, machine learning has the potential to revolutionize the field. Short term, our goal is to give people a few more days of warning before a flood occurs. We don’t cover all of India yet so we have to scale.

The #1 priority is scaling and expanding. We plan to scale flood forecasting to other countries and are exploring ways to use this AI to provide earlier warnings for other natural disasters, such as fires and earthquakes. Then we want to go global.

Interview by Ann Marie Gardner. Find her on Instagram @thenewweather

The Cost of Changing Weather

How could Earth’s changing climate impact socioeconomic systems across the world in the next three decades? A yearlong, cross-disciplinary research effort at McKinsey & Company provides some answers.